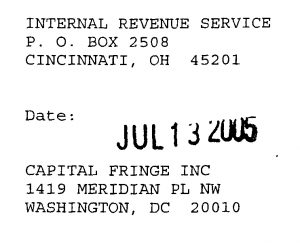 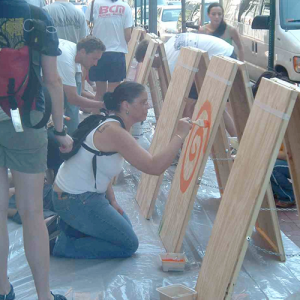 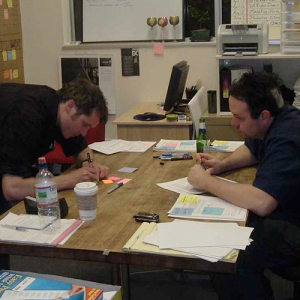 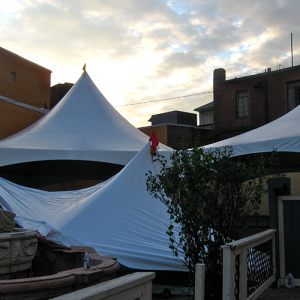 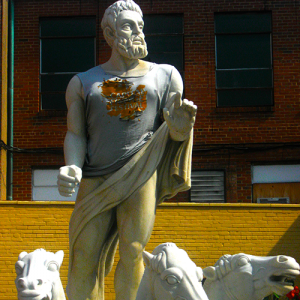 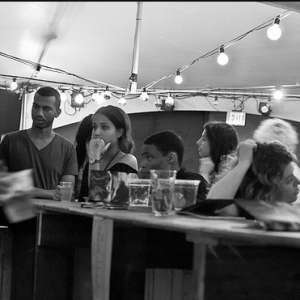 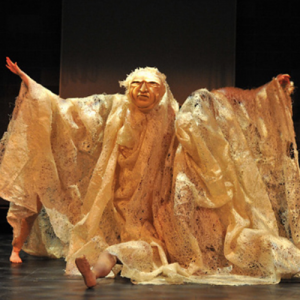 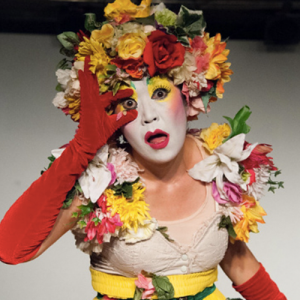 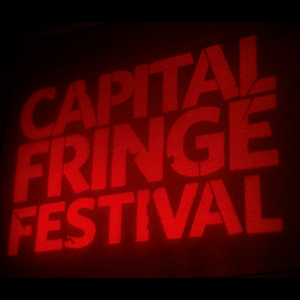 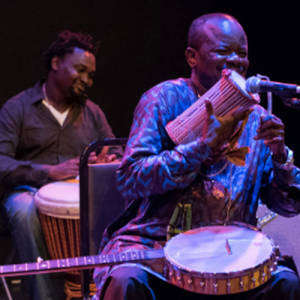 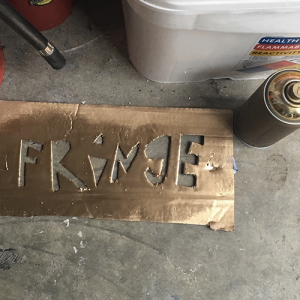 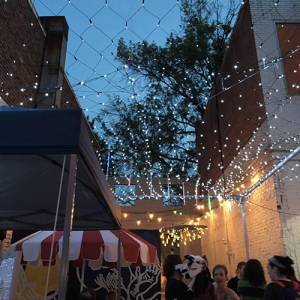 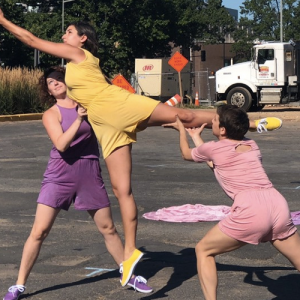 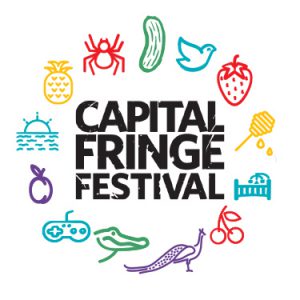 2008 – Fringe moved its operations to a rented Douglas Development property at 607 New York Avenue, NW that was informally dubbed Fort Fringe. The Baldacchino Tent rose for the first time. The Capital Fringe Festival grew from an 11-day festival to an 18 day festival with 112 productions. Festival Theme: Random drawings of apes, clowns and blue oil paint.

2010 – 5th Anniversary Year. 136 productions preformed across our 13 stages. Festival Theme: Old photos from the Prints & Photographs Division at the Library of Congress.

2011 – Baldacchino Tent Bar introduces prosecco on tap. In fact, the tent was the first place in DC to serve it. 125 productions. Received the 2011 Mayor’s Arts Award for Service in the Arts, Mayor Vince Gray. Festival Theme: Oil painting of stormy seas with DC flag upside down and pig flying.

2015 – 10th Anniversary Year Fringe, moved to NE DC with 125 productions in partnership with venue partners like the Atlas Performing Arts Center and Gallaudet University.  Best Theatre Festival, Washington City Paper: Best of DC. Mayor Muriel Bowser awarded Fringe’s Founding Director, Julianne Brienza, the Mayor’s Arts Award for Visionary Leader and the Washington Business Journal awarded our Founding Director Non-Profit CEO of the Year. Festival Theme: 10 constellations based off of the 10 archetypes that have molded our past, present, and future: the Dreamer, The Fringe-Goer, the Performer, the Critic, the Trickster, the Builder, the Lover, the Funder, the Musician and the Warrior.

2020 – When planning began for the fifteenth annual Fringe Festival, no one could have imagined a pandemic with such fast, global restrictive changes, literally linking every human on the globe, in varying degrees. 100 productions with 469 individual performances in 11 venues in SW DC were canceled. Formed partnership with the Caandour Labs and Friends of Kenilworth Aquatic Gardens; launched Down to Earth paid artist residency. Shining a light on the Kenilworth Aquatic Gardens and the Ward 7  past, present, and future with a sharp focus on the climate emergency and its intersectionality with systemic racism http://downtoearth.capitalfringe.org/

If you search for reliable casino you can read a useful source where you can find many interesting reviews on SA casinos. 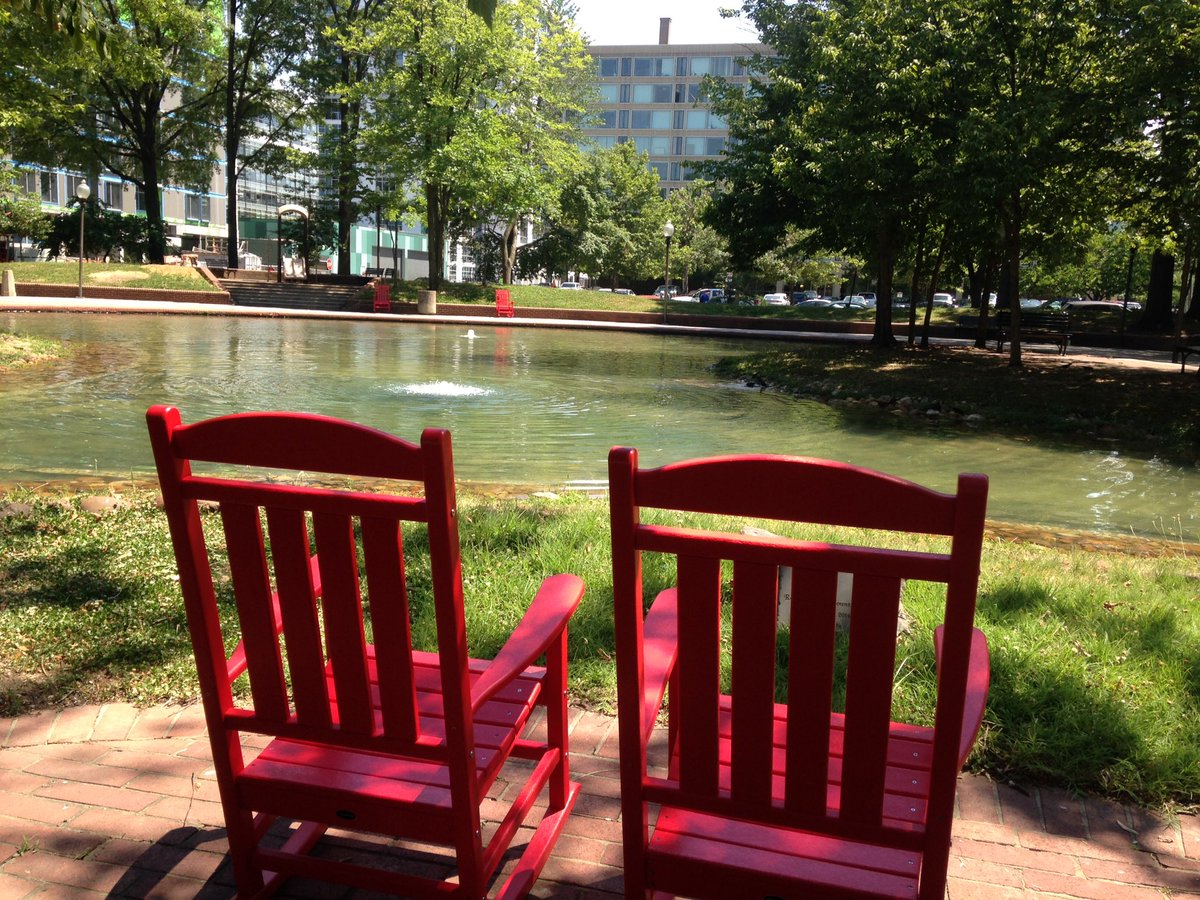 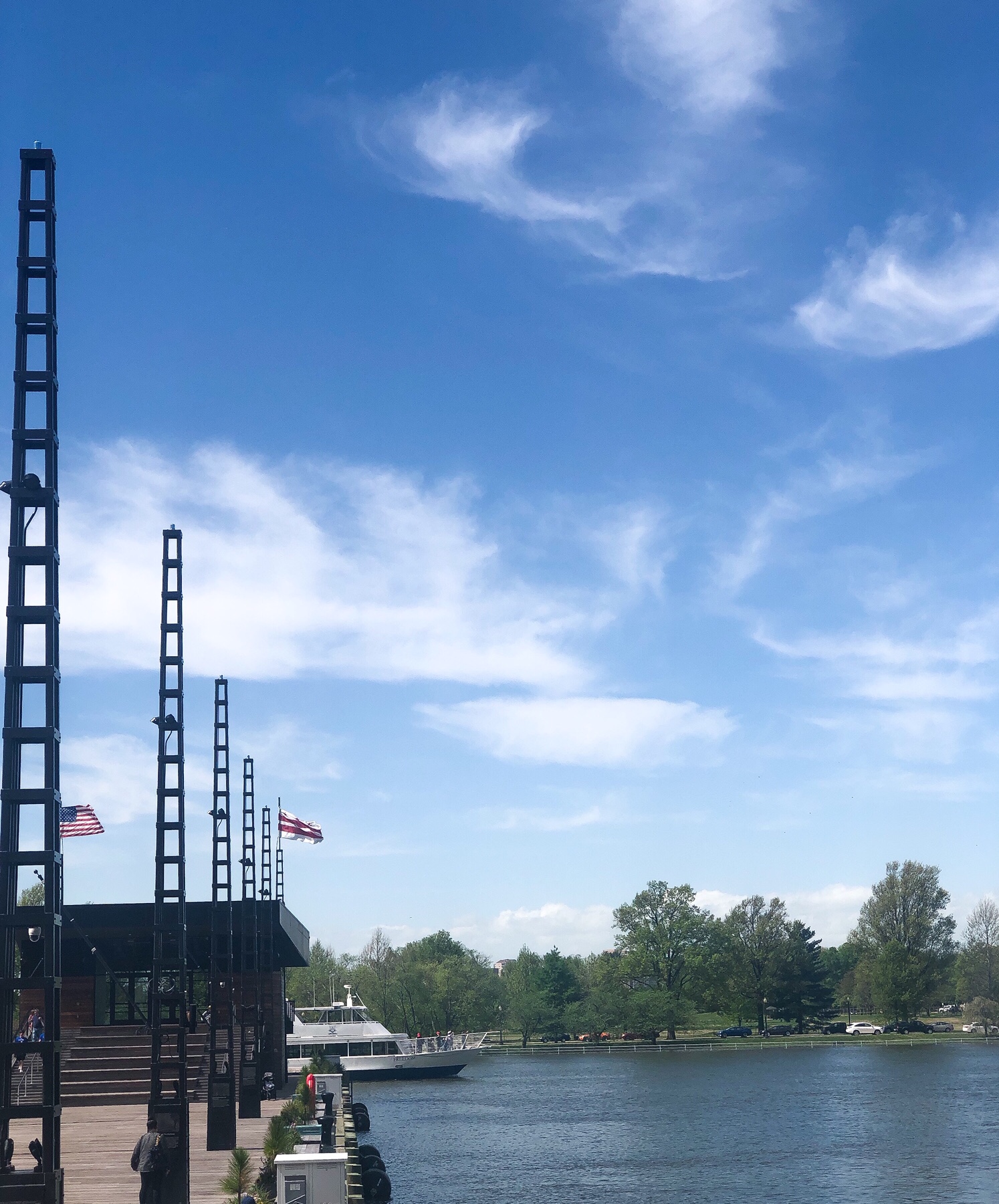 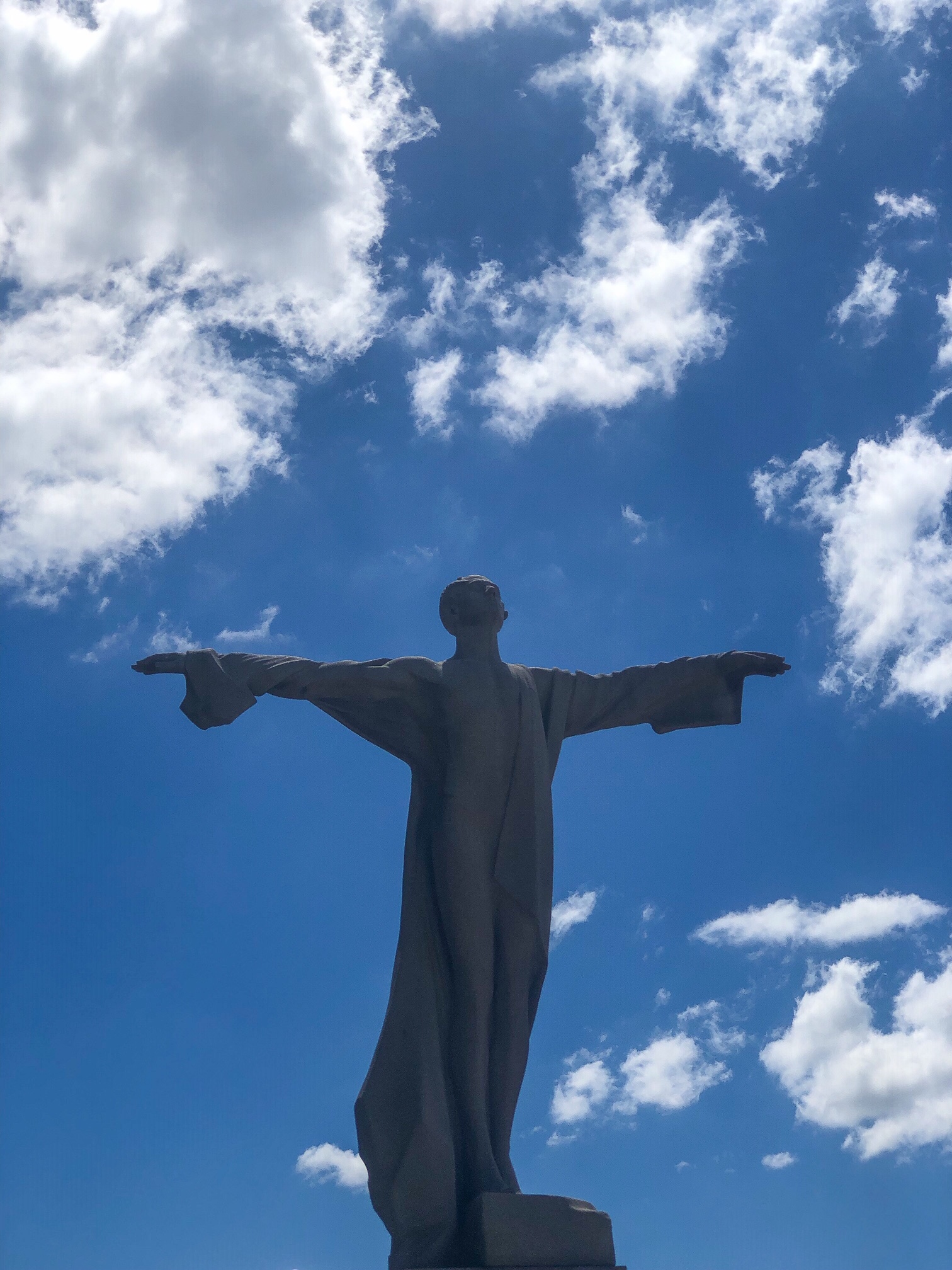